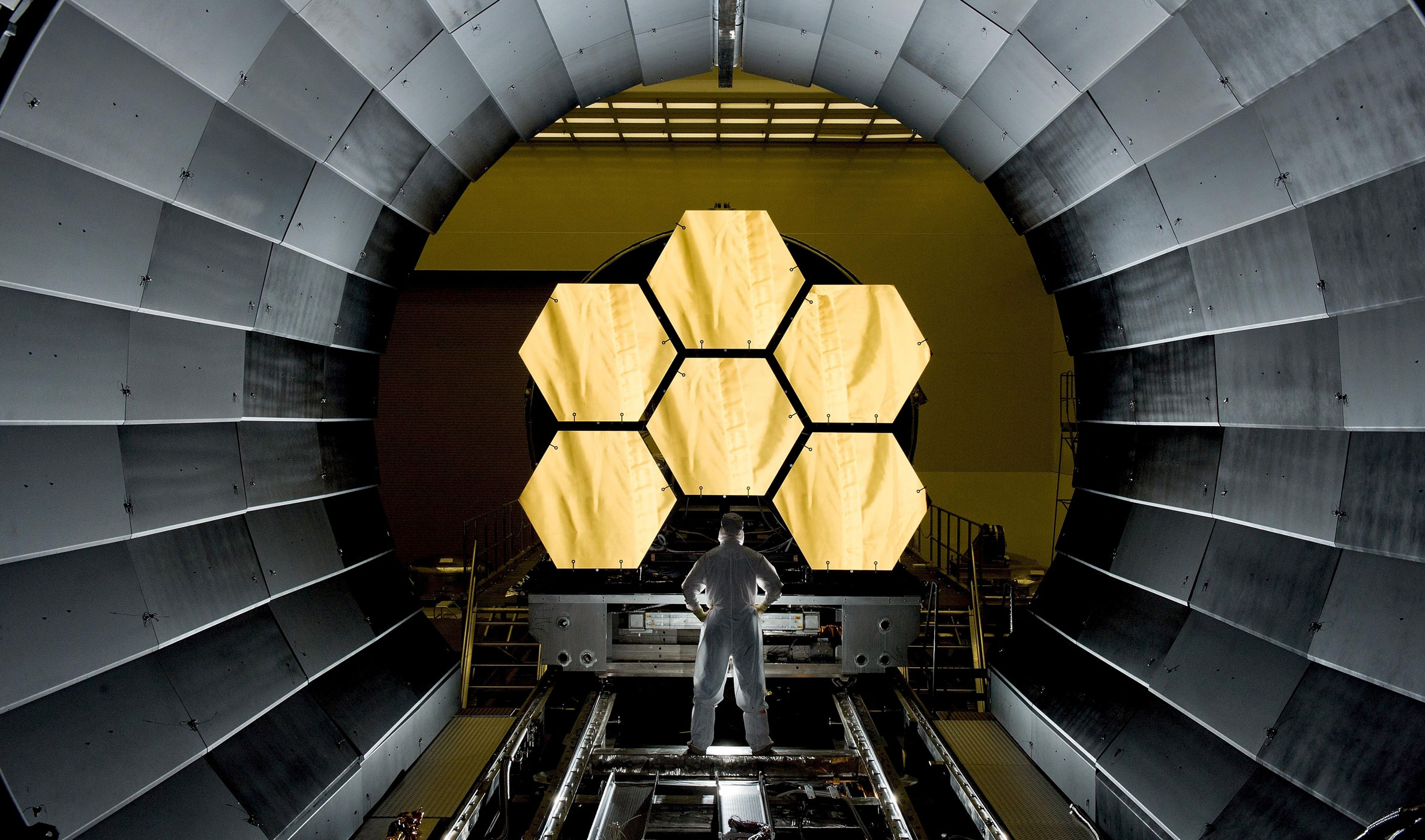 A World Economic Forum (WEF) report released end of last year, The Future of Jobs 2018, stated that 75 million jobs will be displaced by artificial intelligence (AI), robotics, and automation, but counter argues that 133 million new jobs may be created as organisations shift the balance between workers and machines. Meaning more jobs will be created than lost, a net gain of 58 million jobs.

Many people share the opinion of the WEF that low-skilled and manual jobs will be the first to be replaced by machines. However, the WEF report also signals the demise of many roles that were once considered safe, middle-class careers. These include financial analysts, accountants, auditors, lawyers, bank tellers, statistical, finance, and insurance clerks, general managers, business services managers, administrators, and executive secretaries are all listed under declining and even redundant roles over the next five years. 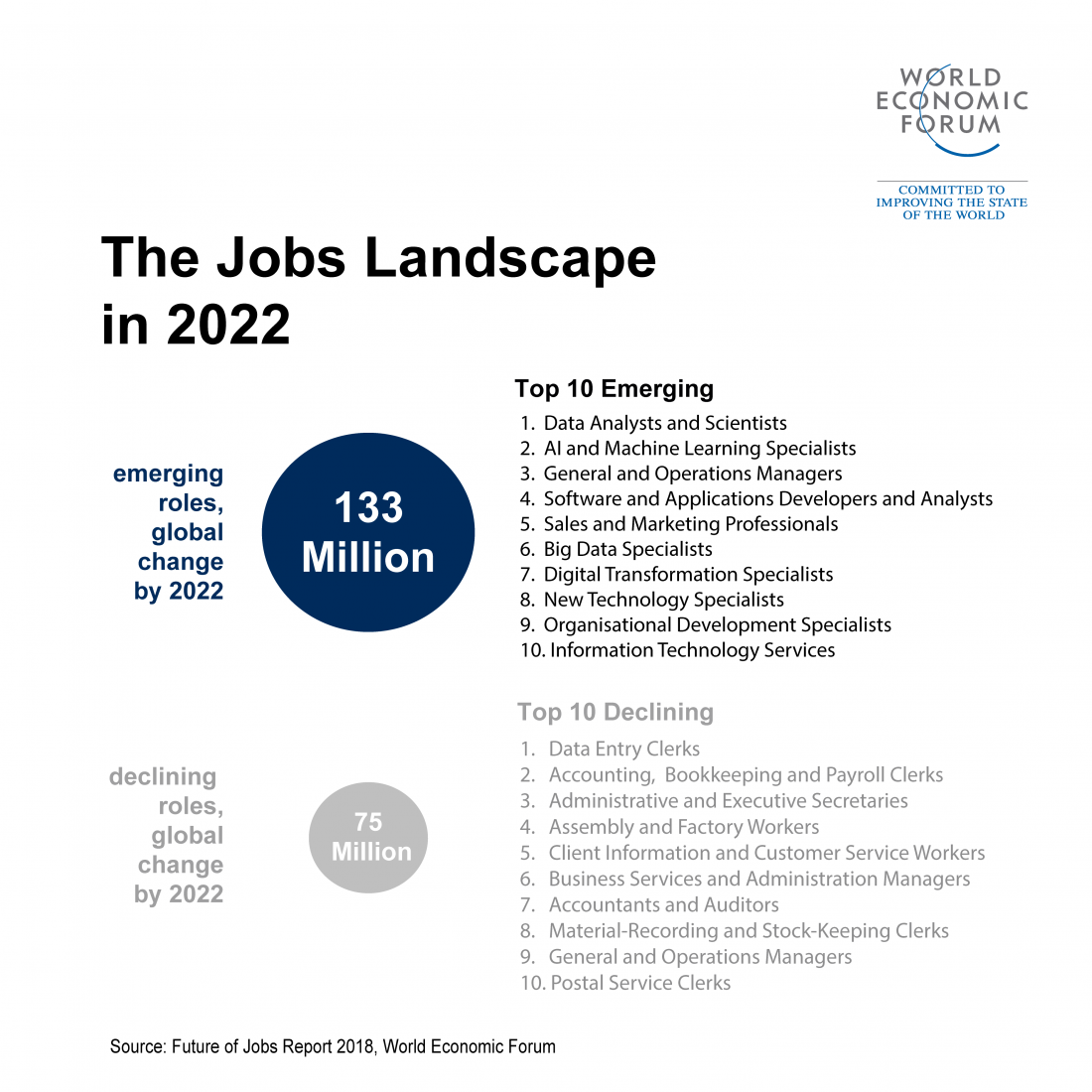 The jobs that will replace these safe middle class careers over the next few years will include data analysts, AI and machine learning specialists, innovation and digital transformation experts, robotics professionals, user experience and interaction designers and process automation experts. The majority of these new roles is classed by the WEF as people and culture specialists, meaning that these tasks will be hard for machines to complete or replicate.

New battleground will be education and re-skilling

It is clear that the majority of industries expect to have sizeable skills gaps in the near future. Competencies that will be needed are technology design and programming, and particularly human skills, such as creativity, critical thinking and persuasion. Workers will require new sets of skills as the division of labour between humans and machines continues to evolve. The companies that participated in the WEF reported that today, 71% of total current task hours are performed by humans, compared to 29% by machines. By 2022, this average is expected to shift to 58% task hours performed by humans, 42% by machines. 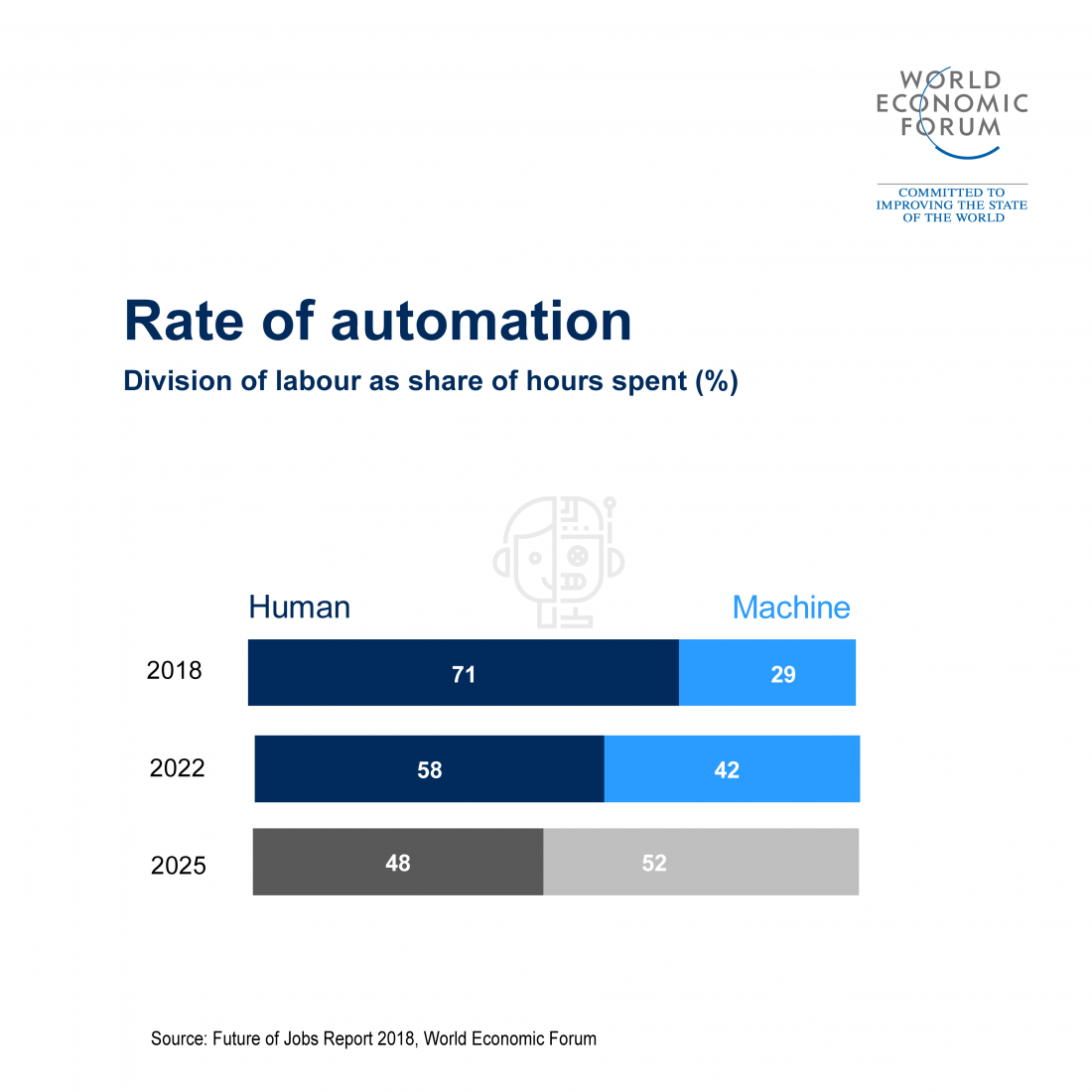 In the long term, this suggests that the real battleground will be skills and education, and whether employers are prepared to invest in re-skilling their workforce for a new age of automation and technology amplified by human skills, rather than human skills amplified by technology.