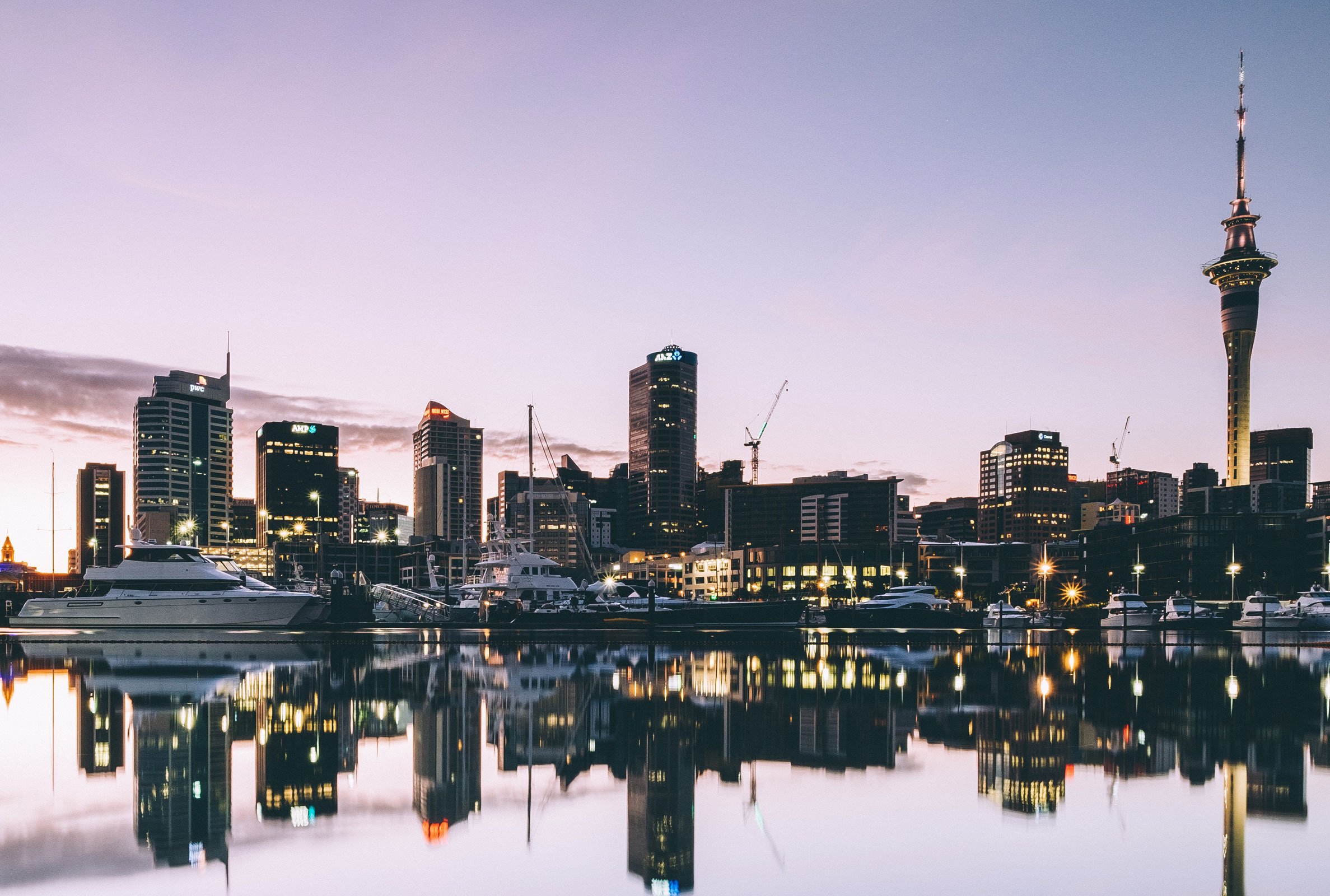 10 years on from the GFC

We review how our labour market and economy have performed since 2008.

It has now been 10 years since the 2008 Global Financial Crisis (GFC) and therefore an excellent time to review how New Zealand’s labour market and economy have performed since the peak of the GFC. To examine New Zealand’s performance over the last 10 years we will look at what pace New Zealand’s employment and GDP numbers grew? was this growth evenly spread across all regions? and what industries were leading the growth?

02.  Where has this growth in employment occurred? 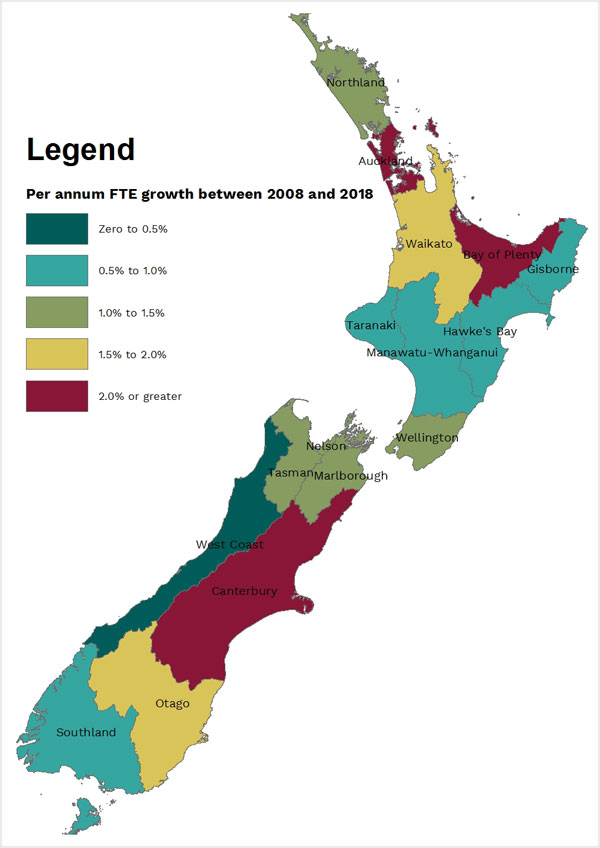 The largest per annum percentage increases have occurred in the Auckland region, with the region growing over the last 10 years by 2.7 percent per annum. At the same time Canterbury has seen employment grow by just over two percent per annum over the last 10 years. For the Auckland region much of its job creation has been fuelled by strong immigration with the majority of new immigrants to New Zealand settling in Auckland. For Canterbury, employment growth has been driven largely by the rebuild efforts after the 2011 and 2012 Earthquakes.

Moving away from per annum growth and examining the total percentage growth in employment in each region reveals that in comparison to the overall New Zealand growth, Canterbury, Bay or Plenty and Auckland were the only regions to grow faster. This is shown in the figure below.

03.  Which industries have been fuelling this growth?

Overall 21 of the 86 main industries that encapsulate the New Zealand economy have experienced a decline in employment over the last 10 years. Industries in decline over this period included textile manufacturing; printing; primary metal and metal product manufacturing; store-based retailing; publishing excluding internet and music publishing; and furniture manufacturing.

04.  Where has this growth in GDP occurred? 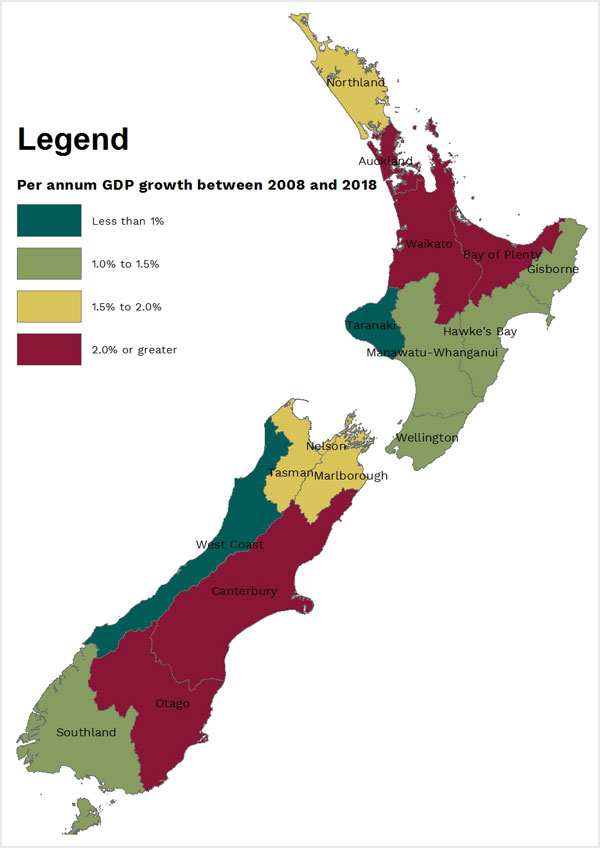 Moving away from per annum growth and examining the total percentage growth in GDP in each region reveals that a number of region grew faster in comparison to the overall New Zealand growth. These regions were Canterbury, Otago, Waikato, Bay or Plenty and Auckland. This is shown in the figure below.

05.  Which industries have been fuelling this growth?

Overall the top 10 industries experienced 3.6 percent per annum growth in GDP across the last 10 years.